My interest in Tulsa, Oklahoma started with books. The Outsiders, S.E. Hinton’s 1963 classic, earned a spot in my heart after I saw class after class of middle school students fall in love with its sensitive protagonist and his tough, loyal group of friends. Stay gold, Ponyboy! 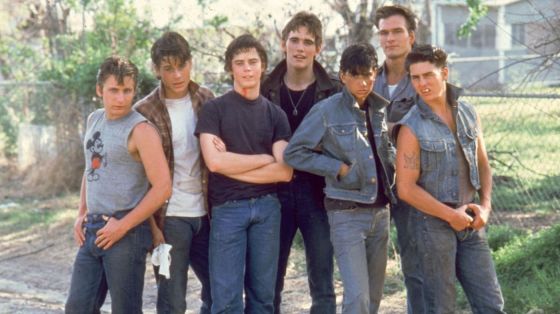 Just last year, reading Jennifer Latham’s compelling novel Dreamland Burning awakened me to another Tulsa story, a 1921 riot that destroyed a thriving black community in the Greenwood neighborhood and killed and injured hundreds of people. 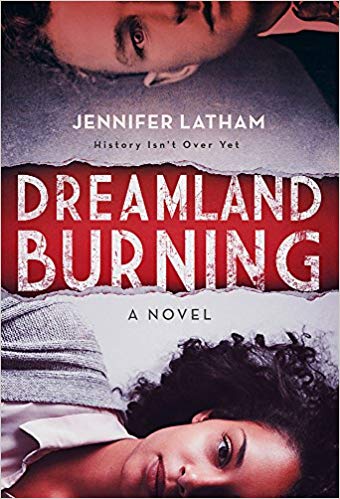 Around the same time as the riot in Greenwood, another racially motivated mass killing was taking place in Oklahoma, this one involving a wealthy Native American tribe. David Grann’s excellent nonfiction book Killers of the Flower Moon details the years-long conspiracy to murder Osage people in Oklahoma during the 1920s, and subsequent FBI investigation into the deaths. My bookclub read and discussed this book a few months ago.

Modern day Tulsa is diverse and green, with an active arts scene and vibrant neighborhoods. Several filming sites of the Outsiders 1983 movie remain, though some have changed notably in 35 years. The Greenwood neighborhood no longer exists as it once did;  however, the Greenwood Cultural Center and the John Hope Franklin Reconciliation Park stand near the site of the 1921 riot and remind us both of a dark time in Tulsa’s history, and the resilient potential of people and communities.

The town of Pawhuska, located about an hour’s drive from Tulsa, is the center of Osage tribal culture, as it was in the 1920s when the events detailed in Killers of the Flower Moon happened. Present-day Pawhuska has a museum dedicated to Osage culture and history, where a young docent chatted with us about the tribe’s rich traditions and resurgent interest in preserving their unique language.

Nearby, the Tallgrass Prairie Preserve protects a huge tract of original prairie lands, and supports a herd of over 2,000 free range bison. These magnificent creatures, once prolific in the eastern and western United States, can grow to weigh up to a ton. These (mostly) gentle giants ignored our gawking as they peacefully munched prairie grass. 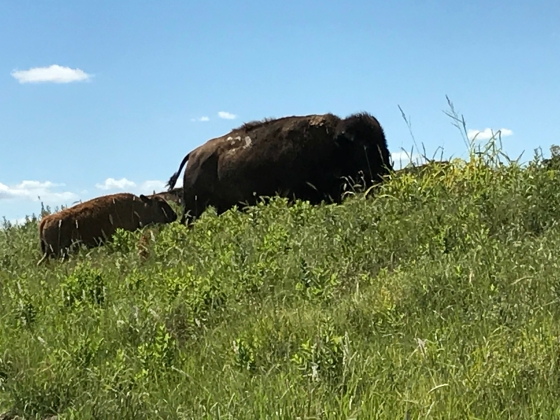 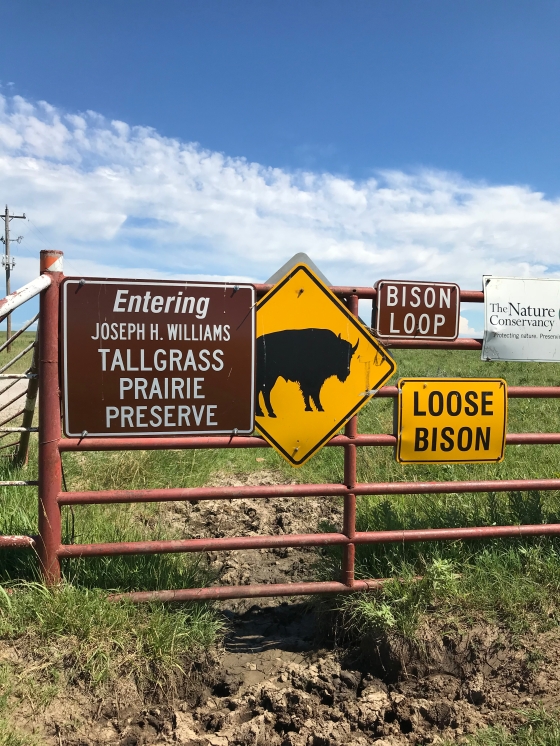 Watch out for loose bison!

On our way from Tulsa to Amarillo, Texas, we stopped to pay our respects at the Oklahoma City National Memorial, which honors those affected by the April, 1995 terrorist attack at the Murrah Federal Building. A ranger explained the significance of the memorial’s design: gates which mark the time of the attack and the beginning of the rescue and recovery mission, empty chairs which symbolize the lives lost, including tiny chairs for the victims who were children, and the Survivor Tree which stood through the attack and continues to thrive. Despite the horrific events that occurred nearby over 20 years ago, the memorial is a surprising oasis of peaceful reflection. 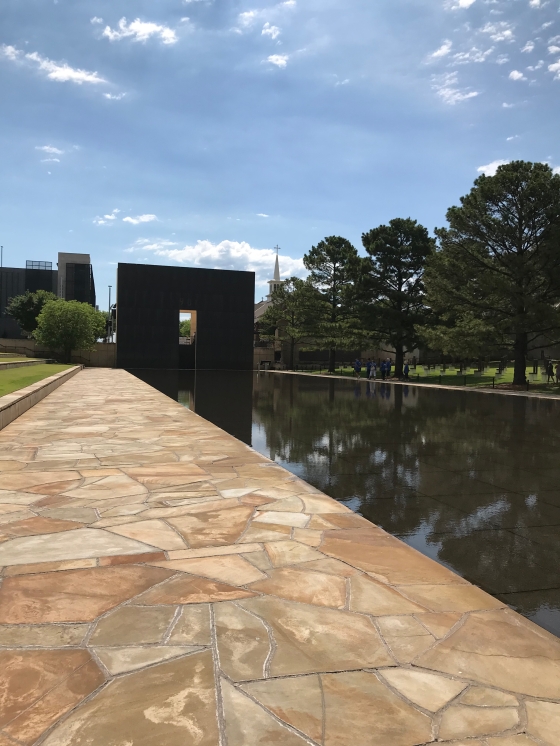 Prior to our visit this year, my only experience in Oklahoma was a few hours driving through on a childhood trip. Rich in history, resilience, and natural beauty, the state merits more than a quick drive though. I’m glad we made time to visit a place that’s more than just OK.